What Does it Mean to Have an Epiphany? 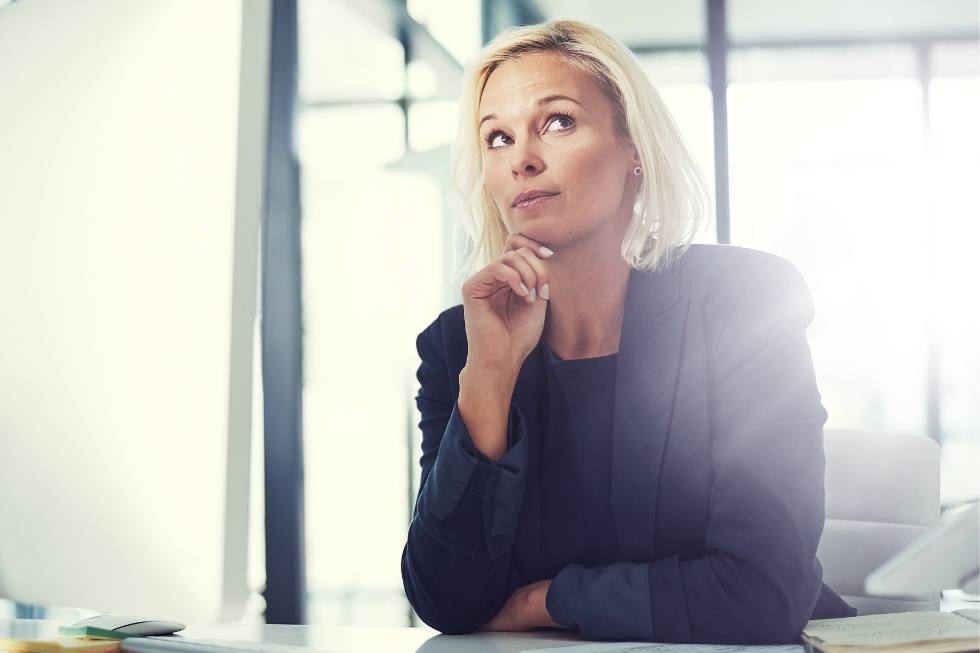 Have you ever had an experience that completely changed how you saw the world?

This is what is known as an epiphany.

Epiphanies can be life-changing and often occur when we are faced with something we don’t understand.

In this blog post, we will discuss what the word means.

We’ll also talk about what epiphanies are and look at some of the most famous ones in history.

More importantly, we’ll also show you how to achieve an experience of the word yourself!

Epiphanies: What are they, and what aren’t they? 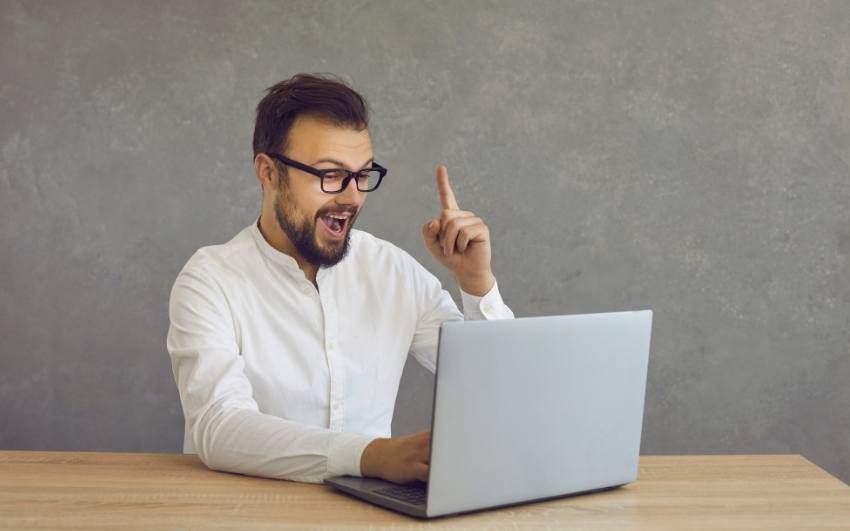 The word Epiphany comes from the Greek epiphaneia, meaning “appearance” or “manifestation.”

It’s a sudden realization or understanding that can occur in a moment of crisis or clarity. A feeling of awe or wonder often accompanies them, and they can profoundly impact our lives. Epiphanies can be both positive and negative, but they always offer us a new perspective.

Epiphanies are sudden, often life-changing insights that can offer a new perspective on the world. They can be triggered by various things, from a casual conversation to a traumatic event. While they are often associated with positive experiences, epiphanies can also be negative. They all have in common that they offer a moment of clarity that can be transformative.

However, it’s important to remember that not all epiphanies are permanent. Just as they can be triggered by a wide variety of things, they can also fade just as quickly. For some people, this is a passing thought that has no lasting impact. For others, it’s a pivotal moment that shapes their entire future. The key is to be aware of the epiphanies that occur in your life and take action on the ones that matter most to you.

What Does it Mean to Have an Epiphany?

Epiphanies are moments of great realization that can change how we see the world, or in late Greek epiphaneia, they offer us a new perspective and can be both positive and negative. Epiphanies are not solutions to all of our problems, but they can help us to better understand ourselves and the world around us. If you’re seeking a moment of clarity in your life, be patient and open-minded.

Epiphanies often occur when we least expect them!

How do you describe someone having an epiphany?

Epiphanies can occur in everyday life or during moments of great challenges or difficulties. They can be triggered by a person’s personal experiences or by witnessing the experiences of others. Epiphanies can be small, intimate moments or world-changing revelations. No matter how big or small they are, epiphanies can change a person’s life in a big way and for a long time. 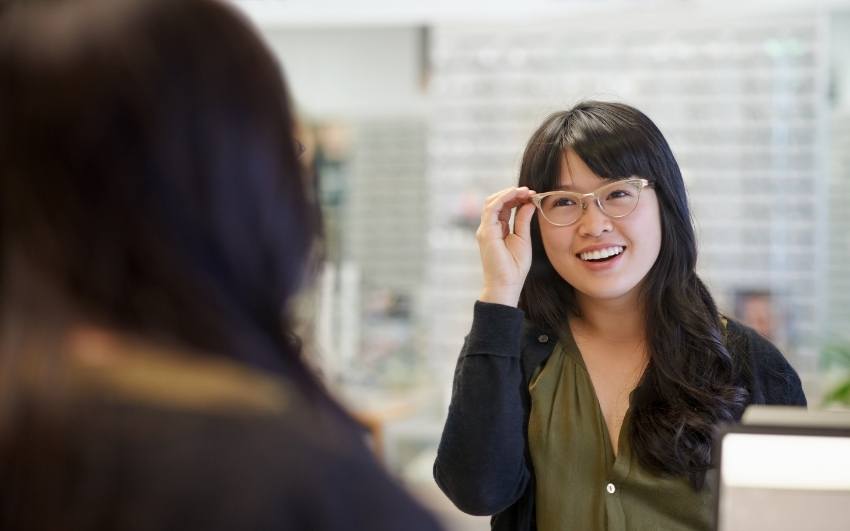 Example Epiphany #01: The Power of Words

Sitting in my English class, I had an epiphany about the power of words. We were discussing a book we had been reading, and I suddenly realized that words can hurt or heal. They can be used to build people up or tear them down. I realized I wanted to use my words to build people up and make them feel good about themselves. From that moment on, I started paying more attention to the way I spoke to people.

Example Epiphany #02: The importance of family

I was having dinner with my family when I had an epiphany about the importance of family. I watched my parents and siblings interact, and I suddenly realized how much they loved and cared for each other. I realized that family is the foundation upon which we build our lives. From that moment on, I started to appreciate my family more and cherish our time together.

Example Epiphany #03: The Frailty of Life

I was out for a walk when I had an epiphany about the fragility of life. I was watching the people around me, and I suddenly realized that we were just one breath away from death. I realized that life is precious and fragile and that we should cherish every moment. From that moment on, I started living with more intention and purpose.

Example Epiphany #04: The Value of Money

I was at the mall when I had an ‘understanding’ about the value of money. I was watching people buy things they didn’t need, and I suddenly realized that money doesn’t buy happiness. I realized that we should be careful with our money and use it to improve our lives and the lives of those around us. From that moment on, I started to be more mindful about my spending and saving.

Example: Epiphany #05: The importance of friendship

I was at a party when I had a personal ‘understanding’ about the importance of friendship. Watching people interact, I suddenly realized that companies are essential to happiness. I realized that we need friends to support us, laugh with us, and help us through life’s challenges. From then on, I started investing more time in my relationships and cherished my friendships.

Example: Epiphany #06: The Beauty of Nature

I was on a hike when I had an understanding about the “beauty of nature”. I was surrounded by the stunning scenery and suddenly realized that we were part of something much bigger than ourselves. I realized that nature is a source of wonder and beauty and that we should appreciate it more. From that moment on, I started paying more attention to the natural world and enjoying its beauty.

Example Epiphany #07: The cycle of life

I was at a funeral when I had an epiphany about the cycle of life. I was watching people mourn the loss of a loved one, and I suddenly realized that death is a part of life. I realized that we are born, we live, and we die. From that moment on, I started to appreciate life more and live each day to the fullest.

Example: Epiphany #08: The importance of being yourself

I was at a school dance when I had an epiphany about the importance of being yourself. I was watching people try to fit in and be like everyone else, and I suddenly realized that being yourself is more important. I realized that you should never try to be someone you’re not. From that moment on, I started to be more confident in myself and embrace my uniqueness.

Example Epiphany #09: The power of love

Example Epiphany #010: The Meaning of Life

I was lying in bed when I had an epiphany about the meaning of life. I was thinking about all the important things to me, and I suddenly realized that the meaning of life is whatever you make it. I realized that we all have our own unique journey to follow and that there is no one right or wrong answer. From that moment on, I started living with more purpose and intention.

Epiphany moments can happen anywhere and at any time. They are sudden realizations that can change how we see ourselves, others, and the world around us. These ten examples show just some of the many epiphany moments people have experienced. What epiphany moment has changed your life?

What is the difference between Epiphany and Theophany? 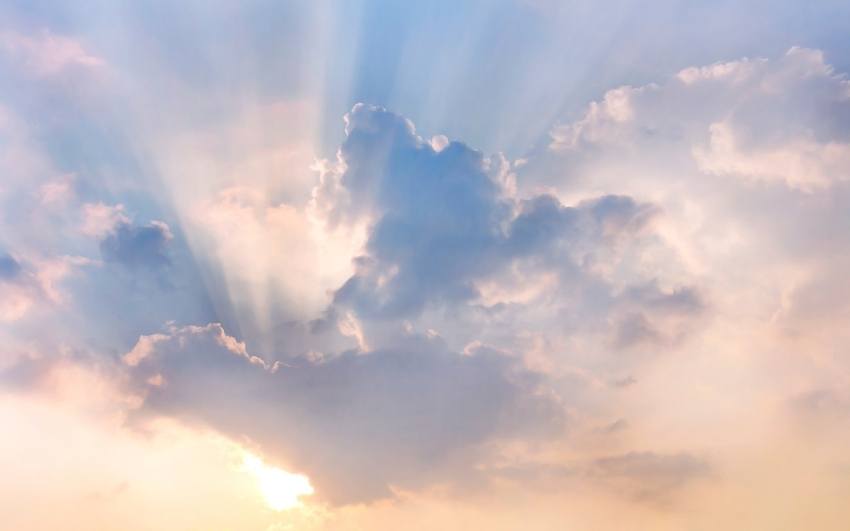 The History of Epiphany

The holiday commemorates the day that the three Magi, also known as the Three Wise Men or the Three Kings, visited the infant Jesus. It is believed that the Magi were astrologers from the East who followed a star to Bethlehem. Epiphany is a holiday that remembers when the wise men realized that Jesus was the long-awaited Messiah and paid him respects.

The holiday of Epiphany has been celebrated since the early days of Christianity.

In the Eastern Orthodox Church, is one of the 12 Great Feasts of the liturgical year. The feast day always falls on January 6, but because the Julian calendar is used in Orthodox churches, this date corresponds to December 25 on the Gregorian calendar used by most of the Western world.

In many countries, Epiphany is known as “Little Christmas” or “Three Kings’ Day.”

The story of the Magi is related in the Gospel of Matthew (Matthew 2:1-12). According to Matthew, the Magi were Gentile astrologers from the East who followed a star to Bethlehem.

What happens during the Epiphany?

On December 12, there is an annual event commemorating the Magi and the 3 Kings, or wise men,’s, journey to the baby Jesus. The countries have a tradition of celebrating both the day before and the morning with decorations on floats and people dressed as kings with gifts.

What is the real meaning of epiphany?

3a(1): usually a sudden manifestation and perception of a particular essence or purpose. (2) an intuition that grasps real life from a typically simple and striking experiencea revealing revelation.

What does it mean to have an epiphany? The word is often used in a religious context, but what does it actually mean? Merriam-Webster defines the word as “a sudden insight or revelation.” This could be a spiritual experience, such as when someone has a religious conversion, or it could be a moment of clarity about something that has been puzzling you. In either case, having an epiphany can be life-changing. If you’ve ever experienced one, you know how powerful it can be. What was your most memorable epiphany?

What does “having an epiphany” mean?

An epiphany is a sudden realization or understanding. It’s often used to describe a moment of insight or comprehension that leads to a new understanding of something. Epiphanies can be profound and life-changing, or they can be little insights that help us see things in a new way.

What are examples of epiphanies?

Epiphanies are moments of realization or sudden great understanding. These “a-ha” moments can be big or small, but they all have the power to change our lives forever. Here are a few examples of epiphanies that people have shared:

Epiphanies can be hard to put into words because they are often personal. But in general, people often say that an it feels like a moment of clarity or understanding. It’s an “a-ha” moment when everything just clicks into place. Epiphanies can be life-changing moments, or they can simply help us see things in a new light.

Epiphany moments are often accompanied by a feeling of excitement, wonder, or peace. Sometimes, people report feeling as if they have been “awakened” to something new and important. Epiphanies can be powerful experiences that leave us feeling changed forever.

What are synonyms for an epiphany?

Many different words can be used to describe an epiphany. Here are a few of the most common:

Why is the Epiphany on January 6?

The Epiphany is on January 6 because it celebrates the three wise men’s visit to the baptism of Jesus Christ. They arrived to find him in a stable in Bethlehem and worshipped him. The story is told in the Bible’s Gospel of Matthew.

Why is the epiphany celebrated 12 days after Christmas?