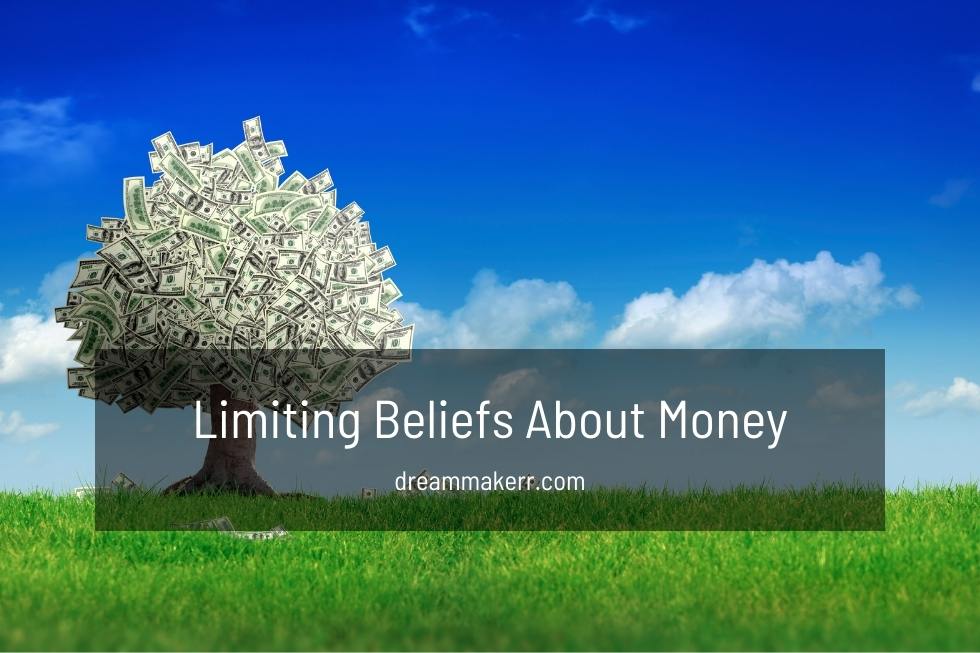 It’s not easy to make good money with limiting beliefs about money. Most of our financial vibration comes from seeing our parents handling money through subconscious programming at an early age. And on top of everything else, there’s so little education about money in our society, which contradictory runs on money.

For most people, it’s hardwired into their brains that making money is difficult. They have all sorts of reasons and excuses for why they can’t or don’t deserve to make more money.

But despite all of this, it is still possible to reprogram your subconscious beliefs about money. You could say that it’s more important than ever before. Why? Because if you get it right, you can benefit from:

Whether you’re a student or an overwhelmed mother with a baby, we know you don’t always have the time and resources to find out everything there is to learn about the latest neuroscience in regard to limiting beliefs about money.

So in this guide, we’ve put together ten ways to help you get clear on your own limiting beliefs about money.

What are Your Limiting Beliefs About Money? 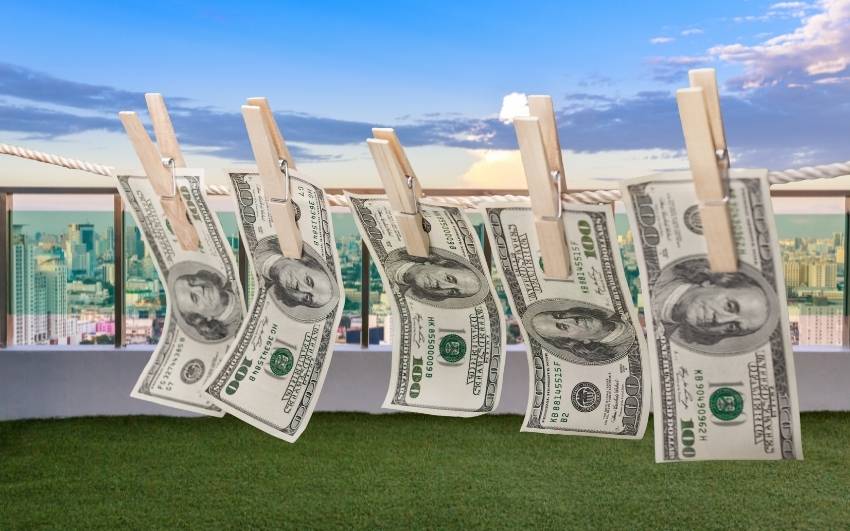 Some people, for example, believe they won’t be able to generate a lot of money if they aren’t in a certain occupation or don’t work at the right firm.

This is because they believe their income is derived from what others are doing and how much more skilled they are than others.

As long as you put in the effort and concentrate on the big picture, there is no ceiling to what you can achieve! 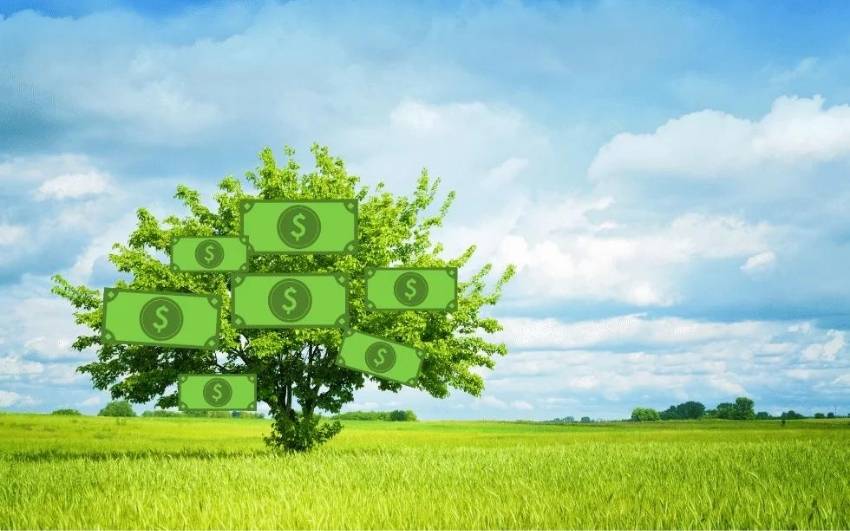 We are born to be successful, not failures. It is simply in our DNA; we are meant to be rich and have abundance, not live a life of scarcity.

Mankind has achieved some unbelievable things throughout our time on this earth.

But why are so many people today stuck in the vicious cycle of poverty?

There are many reasons, but one of the easiest and most practical ones has to do with people’s attitudes towards money and wealth:

When you believe something and keep it in your thoughts, it becomes a part of your new reality.

Put another way, some of your attitudes and beliefs about money and wealth now influence your present financial position.

It sounds unbelievable, but trust me, it’s the truth.

We live daily with the consequences of our unconscious beliefs and attitudes about money and wealth. Changing our current financial position will be difficult until we question these ideas.

What are some of the most common limiting beliefs about money that we should be aware of?

Money is One of The Most Powerful Forces On Our Planet

Many people fear money because they believe there’s not enough to go around or have limiting beliefs about what it is for. Money can be used to create a better life for yourself and your family, but it can also destroy everything you’ve built if you’re not careful.

Let’s look at the top 10 limiting beliefs about money and how you can shake them off for good.

Is money not important to you? We live in a society that worships money, everything costs money, your mortgage, your food, and electricity. Still, some people claim that “money is not that important to them”.

1. Money does not grow on trees. 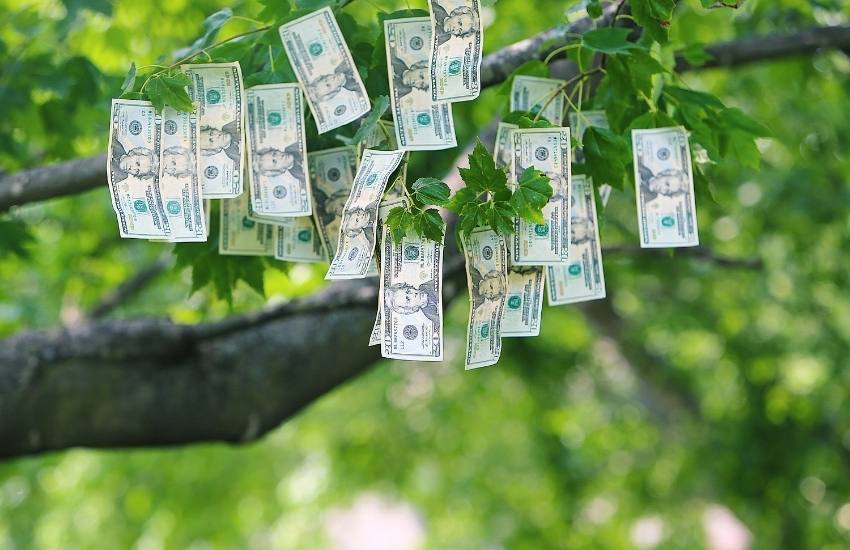 A common belief about money is that it doesn’t grow on trees.

Yes, indeed, money does not grow on trees, but it doesn’t make earning money any more difficult than growing it in the backyard.

If you believe in yourself and believe you can do something, then you are correct because there is truth to the adage that if you think you can or whether you feel that you cannot, either way, in any case, you are correct.

Making money is not difficult if you have the right attitude. For most people, this is a widely held belief. It becomes really difficult to be enthusiastic about money if you always think of it as evil. Maybe you had a bad experience with a wealthy person; perhaps you believe that making money sometimes overshadows other qualities that make us human. But there’s no denying it: money is simply a means of exchange; how you utilize it is entirely up to you. Furthermore, there is a lot of good you may accomplish with money and influence many people’s emotions. You must consider money not simply as a measure of wealth but also as a tool for doing good in the world.

3. It costs a lot of money to make money. One of the most contradicting things you will ever hear about money is quite simple. A life story featuring immense wealth always has one element in common: beginnings that were anything but large. You don’t need a lot of money to generate money. You may start with a little and gradually add to your wealth over time. Consider it like constructing a towering brick by brick!

4. The rich get richer, while the poor get poorer. In a society that is governed by usage of money. How can it be selfish to want to use money? It’s not selfish to want money if you use it correctly. Remember that cash is simply a means of exchange; if you generate money and use it to improve your life and that of others, it’s an incredible feeling. The essential aspect of life is to have the proper balance. Making money is critical, but there are other vital values that you must understand or cultivate to live a balanced life. Money isn’t the source of all evil; you need a proper balance in your life between a job, family, and fun. It doesn’t matter how much money you have. When you have that balance, your life will always be complete. If you don’t have a positive relationship with money, it will never be something you prioritize. Consequently, it becomes exceedingly difficult to amass wealth. While money is not the only priority in life, it should be something you care about and invest some time into understanding.

8. It’s “spiritual” to not care about money. This false claim is often used by people who are struggling financially. Being rich has nothing to do with spirituality. You can be rich and spiritual at the same time. The idea that you have to choose one or the other is absurd. Just because you don’t care about money does not mean you are a spiritual person. Life always comes with voyage and valuable lessons. So, don’t panic if you think you’re not good with money management because there are many ways to learn how to make your finances work. Acknowledge that gaining financial literacy is a skill that can be learned through time and consistent effort. Limiting beliefs about money shouldn’t excuse why you cannot achieve your dreams!

10. You can’t manifest money by simply “wishing” for it. Yes, you can. Would you like to see more wealth in your life? It’s not just about wishing and thinking about money. You need to change your belief system about wealth and prosperity first. This is where it all begins because our thoughts and limiting beliefs about money will always limit our ability to be wealthy, even if we spend all day wishing and hoping to be rich. See manifesting money for more tips on how to do this.

I don’t deserve it.

This is a common belief that keeps people from achieving their financial goals. If you don’t believe you deserve to have money, you’ll never be able to acquire it. Instead, tell yourself, “I am worthy of making more money.”

How to Get Rid of Your Limiting Beliefs About Money

Many people are uncomfortable discussing money because there are so many divergent opinions and limiting beliefs about money. It can be tough to know where to begin when you’re not sure what the “right” answer is.

Although money isn’t everything, it’s certainly useful to have when we need it most!

People tend to have strong reactions when they hear the word “money.” Some can’t stand the thought of having too much money because they feel like they couldn’t possibly spend it all, while others fantasize about making enough money to retire early.

The fact is that everyone has preconceived notions about money, even those who have already established successful businesses.

What are some limiting beliefs about money?

How do I stop limiting beliefs about money?

To start overcoming your self-limiting beliefs about money, you first need to identify them. After that, question yourself on why you think it might be true. Be sure to double-check if these reasons are accurate and not just stemming from negative feelings like guilt or shame. For example, “I’m poor so that’s how my life is meant to be” probably sounds more like an excuse than anything else

How do I change my limiting beliefs about money?

It’s not about changing your belief; it’s about replacing it with a more empowering one. If you believe, “I’m poor, and that’s just how it is,” consider telling yourself instead that you are truly grateful for what you have and desire to achieve.

How do you reprogram your subconscious beliefs about money?

To change your subconscious thoughts and limiting beliefs about money, keep working on yourself until the bad feelings have been swapped out for positive ones.

Getting rid of your limiting beliefs about money

It is possible to get rid of your limiting beliefs about money, but it would be advisable to tackle all of the issues on this list.

Do they resonate with you as true or false?

Which belief, in particular, do you strongly hold?

Do you think it’s true or false?

These are the kinds of questions you need to ask yourself.

Money does not grow on trees, but it may be created from them. DreamMaker is a firm that assists individuals in enhancing their financial well-being by providing people with money tree seeds who are ready to take the next step toward becoming financially successful.